A Brief History of Printing in Buffalo

Did you know that air conditioning was invented in Buffalo? As crazy as it may seem, this city, known for its snow, was the one to come up with the idea for the modern air conditioner.

Buffalo can have some pretty hot summers, but air conditioning wasn’t invented for human comfort. It was actually invented to control humidity in print shops in order to make printing more efficient during our city’s hot and muggy summer months. So there’s one Buffalo history fact for you. 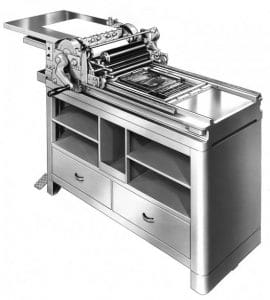 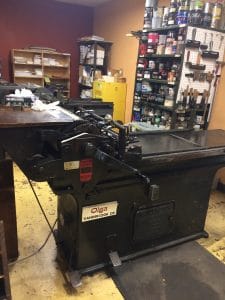 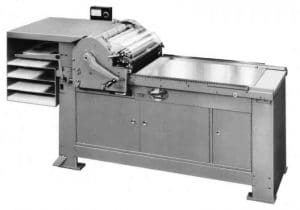 Buffalo must have had a pretty rich printing history to inspire an invention to make the process more efficient. Back in its heyday of the late 1800s and early 1900s, Buffalo, along with other major cities, operated quite the printing industry. From The Buffalo News to small community newspapers, Buffalo needed printing presses to keep its booming population informed. Some of these print shops live on today, like Gallagher Printing, which was originally founded in the basement of one of Buffalo’s West Side homes. Today these kinds of print shops have kept up with demand by adapting to and incorporating modern printing technology.

Other historically known print shops have transformed into something entirely different over the years. Did you know that a portion of today’s Roycroft Inn used to be a print shop? The founder of Roycroft, Elbert Hubbard, along with the rest of the community of artists at Roycroft, are credited with founding the Arts & Crafts movement in America. Hubbard was originally a printer, though, and, while the Roycroft Campus was transformed into an inn during his lifetime, he maintained his identity as a printer. After the Roycroft Campus transitioned to its new form, Hubbard opened another print shop across the street, this one with 22 presses.

Buffalo’s identity as the home of the Arts & Crafts movement has always had an influence on the printing culture here. You can see it in the design of Winchell, the first typeface ever designed in Buffalo. When Edward Everett Winchell was designing the typeface that bears his name, he was not shy about incorporating his arts & crafts tendencies, mixing square serifs with almost hand-drawn curves. 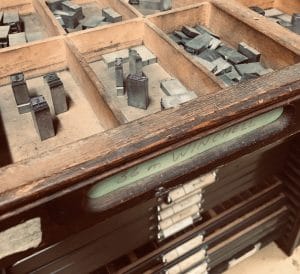 Today, the history of printing in Buffalo lives on as a craftsman’s movement. Vandercooks like the ones once used to print daily newspapers are preserved in places like WNYBAC for use in printing limited-run prints and other printing jobs that are shorter in nature, and more suited for the thought that goes in to hand-setting type.

WNYBAC is entering our 12th year as an organization, and our 11th in our downtown home. We started with only 2 founders, 3 board members, and a vision, and we’ve grown from there. At the beginning of the year we added our fourth full-time staff position, welcoming Nicole Cooke as the Assistant Executive Director. We also rely on our interns, volunteers and apprentices who are all just as dedicated to the organization. With each passing year WNYBAC grows our outreach and impact as we seek to continue Buffalo’s printing history and make the book arts more accessible to everyone in our community. 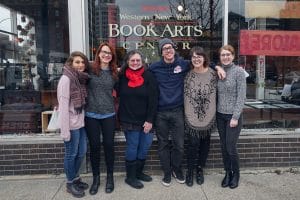 Just like Winchell and Buffalo’s early printers, we’re all craftspeople here at WNYBAC, and dedicated to preserving the printing history of Buffalo. From the typefaces we use, to the presses we maintain, we know our roots with the history of Buffalo’s printers.