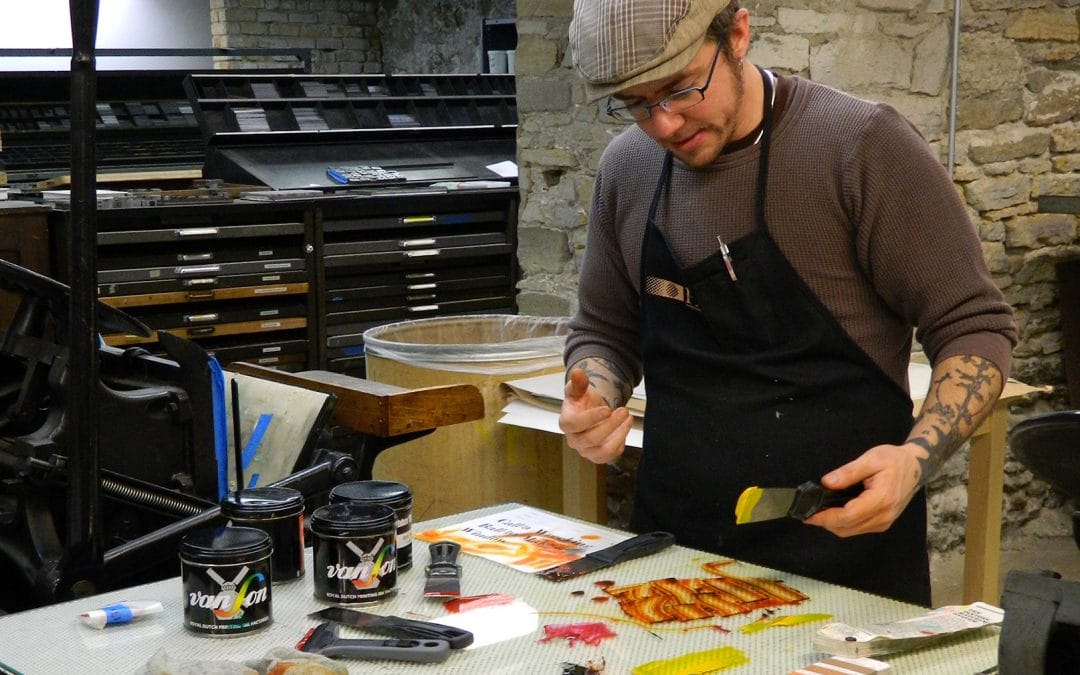 Our current Main Gallery and Studio Gallery exhibitors use their art as storytelling devices. Things I Might Need, by our Main Gallery Exhibitor Shana Agid, brings four artist’s book and relief print projects together to examine power, desire, intimacy, and possibility at interpersonal and social scales. The work in the exhibition explores persistent questions in the politics of making provisional, partial sense of everyday experiences – love, grief, nostalgia, violence – through narrative and material forms. 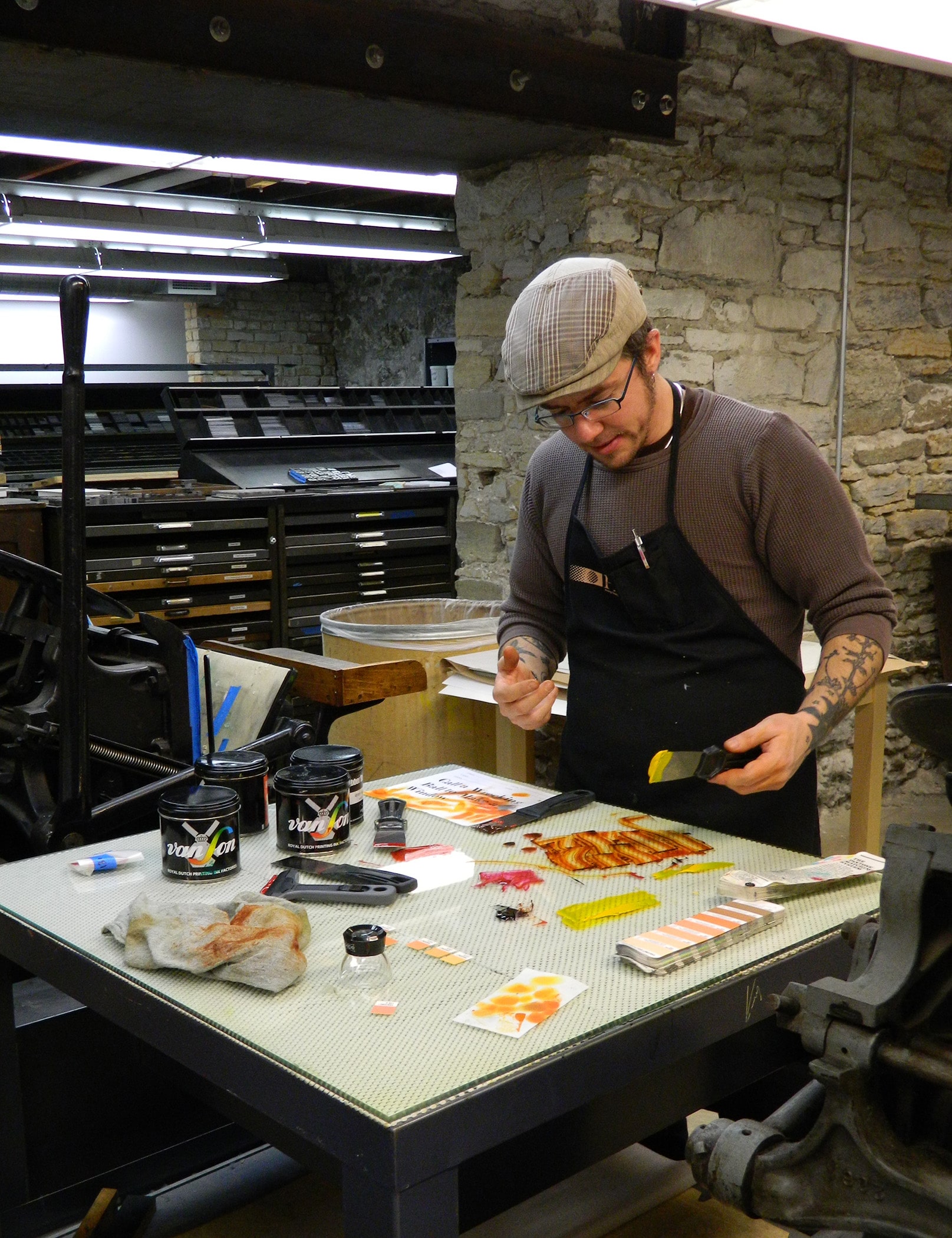 How did you get involved with Book Arts?

I live in another part of the state, but am always interested in finding out more about what is happening in book arts and printing spots, and seeing where and how book arts is being taught, learned, and shared, so I found Book Arts online just before the quarantine for COVID began. I’ve followed the work online, and am really excited to get to be there in person soon.

This collection was developed over several years, do you think its growth has mimicked your own personal growth?

It has, definitely, and I think through that lens, it both mirrors the growth and change of my ideas about engaging power, race, gender, class in my work and shows how I basically keep asking the same questions again and again, just in different ways or through new stories. I think looking across the work in this exhibition also makes me aware of how my use of materials has changed, as I’ve added skills or been influenced by people I’ve had the privilege of learning from. Some of the forms of the work in this show emerged from the intersection of ideas and structures or materials I was learning about or wrestling with at the same time.

When conducting your archival research, what gravitated you towards the narratives you chose to incorporate into this collection of works?

While a lot of this work draws on personal stories and relationships, I’m mostly interested in thinking about those things through social and political contexts that shape them or exist alongside them. The woodcuts in It Doesn’t Get Any Better Than This are both from elements of stories in the text and representations of the codification of narratives of “good whiteness” and American progress. In Call a Wrecking Ball to Make a Window, the book started as a kind of fantasized intersection of my young queer life with the life of artist and writer David Wonarowicz, so I began by pulling stories and accounting of his movements around Manhattan from his published journals, and that eventually led me to research the history, geography and geology of the island itself, which became another character in the story. Finally, the archival and other research I did that shaped Park Factors and Ground Rules emerged from the more or less obsessive reading I did about baseball after my mom died, which both provided metaphors for living through and with death and was a good distraction. When I got to work on Ground Rules, which includes more real archival research (on which I worked with Randi Irwin, an anthropologist and former college softball player), I was looking more intentionally for ways to think about uncertainty and chance alongside efforts to exert control over conditions that are hard to control, and that led me to letters from umpires, with which the book begins, and writing about weather, wind, and the changing parameters of ballparks and the rules of play in them. Along with reading histories of cancer and about cultural responses to death and dying, and doing interviews and learning from people in health care and baseball, these stories helped me figure out what I wanted to say, and how to say it.

Do you feel being an educator has influenced any aspects of your work/how you work?

Yes, always. I think I ask better questions because inquiry and curiosity are so fundamental to being in spaces of teaching and learning. I also constantly learn from students – both as a way to engage questions they are asking and in conversation and through listening.

Oh my word. I am just excited that people might see my work. If I think about what I hope people might take away from it, I think that it should raise questions and maybe open up ways of seeing between things, at intersections of things we don’t necessarily think of as going together but that speak to and through each other, like war and medicine or sexuality and geology. In all my work, questions of power, and systems of power, are important, so I think people might also end up reflecting on those – on seeing and challenging white supremacy’s violence, on imagining care and bodies beyond metaphors of battle and strength, on making space for desire and tenderness and quiet. But I’m still pretty happy about people taking what they do from it!

“In all my work, questions of power, and systems of power, are important, so I think people might also end up reflecting on those – on seeing and challenging white supremacy’s violence, on imagining care and bodies beyond metaphors of battle and strength, on making space for desire and tenderness and quiet.”