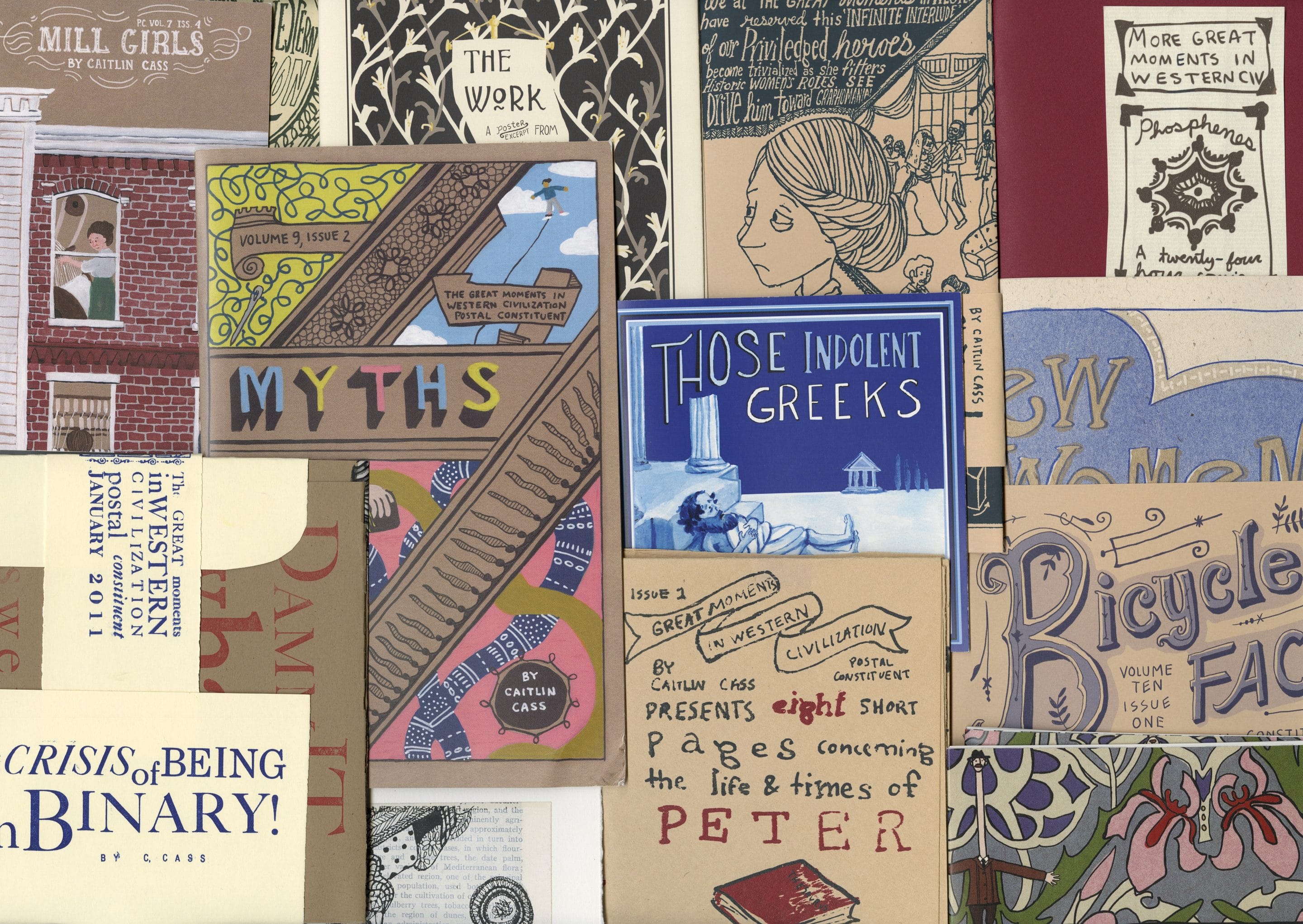 An Exhibition by Caitlin Cass

The Western New York Book Arts Center presents an exhibition by WNY artist Caitlin Cass on view October 4 – November 9, 2019. An opening reception to celebrate the exhibition will be held Friday, October 4th from 5-9pm. This event is free and open to the public.

“I started the Great Moments in Western Civilization Postal Constituent in 2009. I had studied the Western Canon, and now I intended to make my own canon. I cut this brazen notion with satire to defend myself. It wasn’t just me, I was the Great Moments in Western Civilization Cooperative and as such I could do whatever the hell I wanted to. What I wanted to do was to make a history that prioritized failure instead of victory. My histories studied the striving and the anticlimactic fizzling out instead of the path of progress.  I found that storytelling allowed me to explore ideas without trying too hard to understand them in logical sentences. I hoped that once I’d assembled enough of these stories they would begin to mean more in the in-betweens. The glory of studying a canon often lies in these in-betweens; in the connections we draw and in the synchronicities. I wanted to see if this could work on a smaller scale. I figured some day, I could step back and study my own work, in the way others studied classic texts. This show, is that some day. It will collect over seventy comics with hand-written wall analysis. I will analyze my own canon in all of it’s messy, brazen, eagerness. ” Caitlin Cass 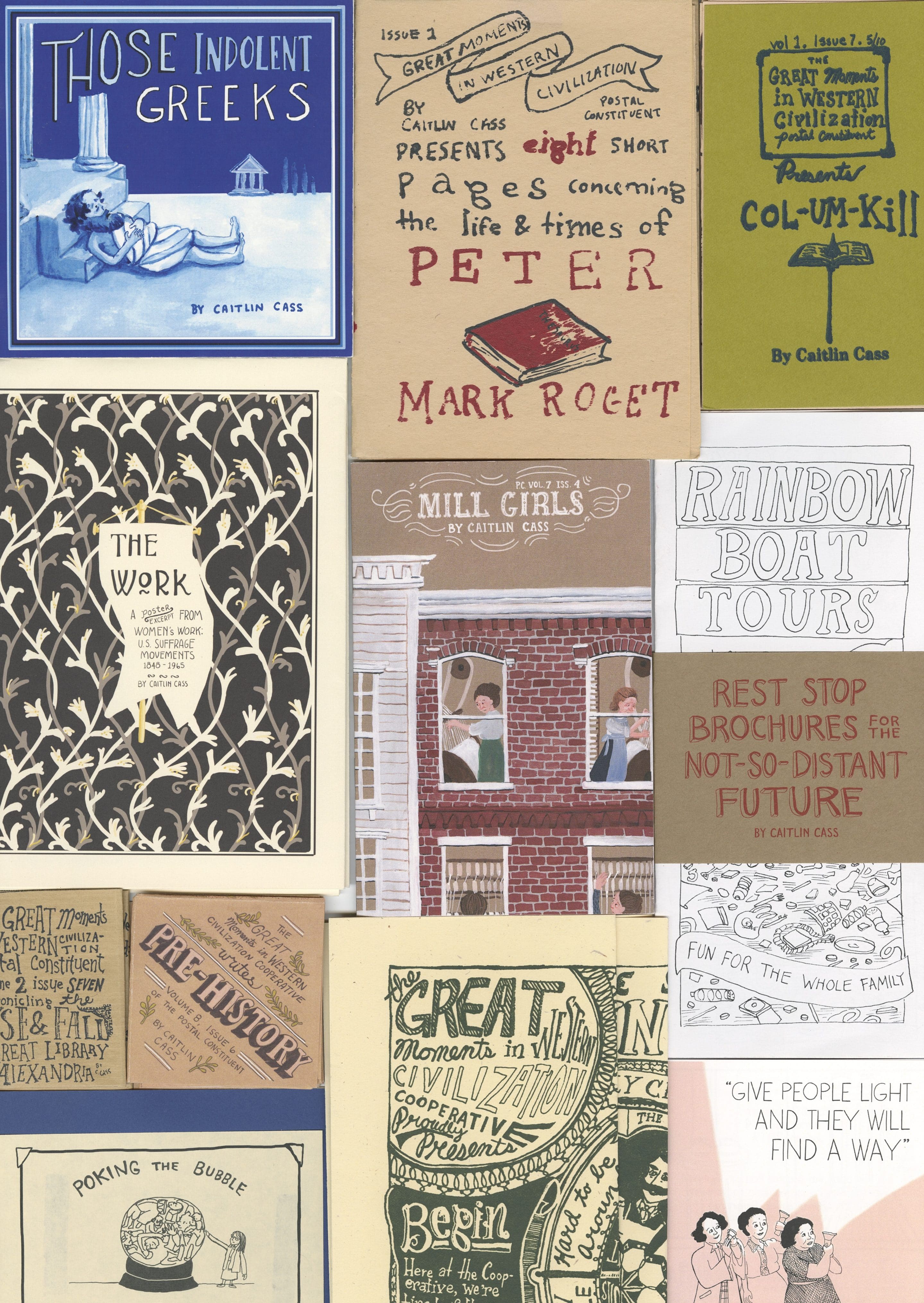 find out more about caitlin cass