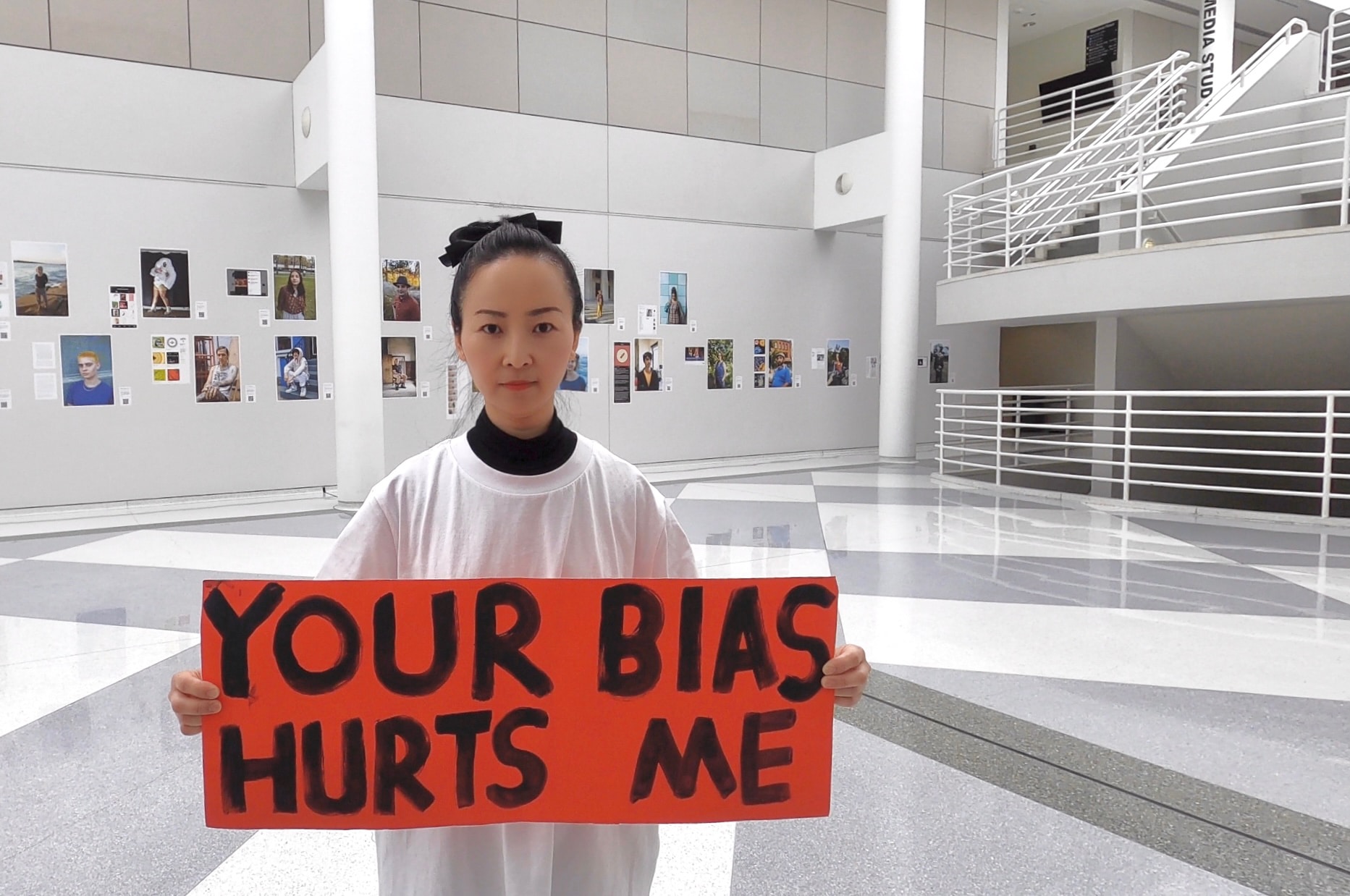 To stand against anti-Asian racism and stop Asian hate, Qinghua Chen, a presidential scholar and an international doctoral student at Graduate School of Education of State University of New York at Buffalo, directed a short humanizing film of “Your Bias Hurts Me”, to promote efforts in support of Asian students and the Asian community against biases, violence and hate crimes.

This short film is being screened at Book Arts alongside our current gallery exhibition “Spoken and Seen #UseYourVoice,” featuring artist Mizin Shin’s new screenprint series along with her current campaign, Use Your Voice #StopAsianHate—a response to rising rates of racially motivated prejudice and violence.

Under the title of “your bias hurts me”, the film is to humanize the suffers, aiming to provide a platform for them to raise voices, eliminate biases against Asian ethnicities and deliver positive messages, such as:

“My ethnicity is not a virus. Hate is.”
“My accent does not matter. My voice does.”
“I am not a minority. I have been minoritized.”
“It’s not called China Virus. It’s COVID-19.”

A total of 110 participants were recruited primarily on UB (University at Buffalo) North Campus, regardless of ages, genders and races, from 15 ethnicities, both of Asian and non-Asian descents. It is acknowledged that the term “Asian” includes a wider range of ethnicities than those represented in the video.

The project sees four team members, including Qinghua Chen herself who is the film director, the flyer designer and the camera operator; Yueqiu Zhang and Shuyi Zhao, the two co-organizers who are also international PHD students; and Delong Zhong, the film editor who is Chen’s friend. The four of them all come from China.

Designed intentionally into the black and white colors, the film flyer indicates solemnness and the inarguably evil nature of racism; red reminds that people lose lives because of violence and hate crimes; and the balloon symbolizes hopes while representing females, the most vulnerable victims of racism, as the balloon shapes looks like a skirt or a girl’s hairdo from the back.

The film has the background music of Debussy’s Pagodes that was performed by Christian Brann, a young and talented pianist who was invited by Chen through her personal connection. 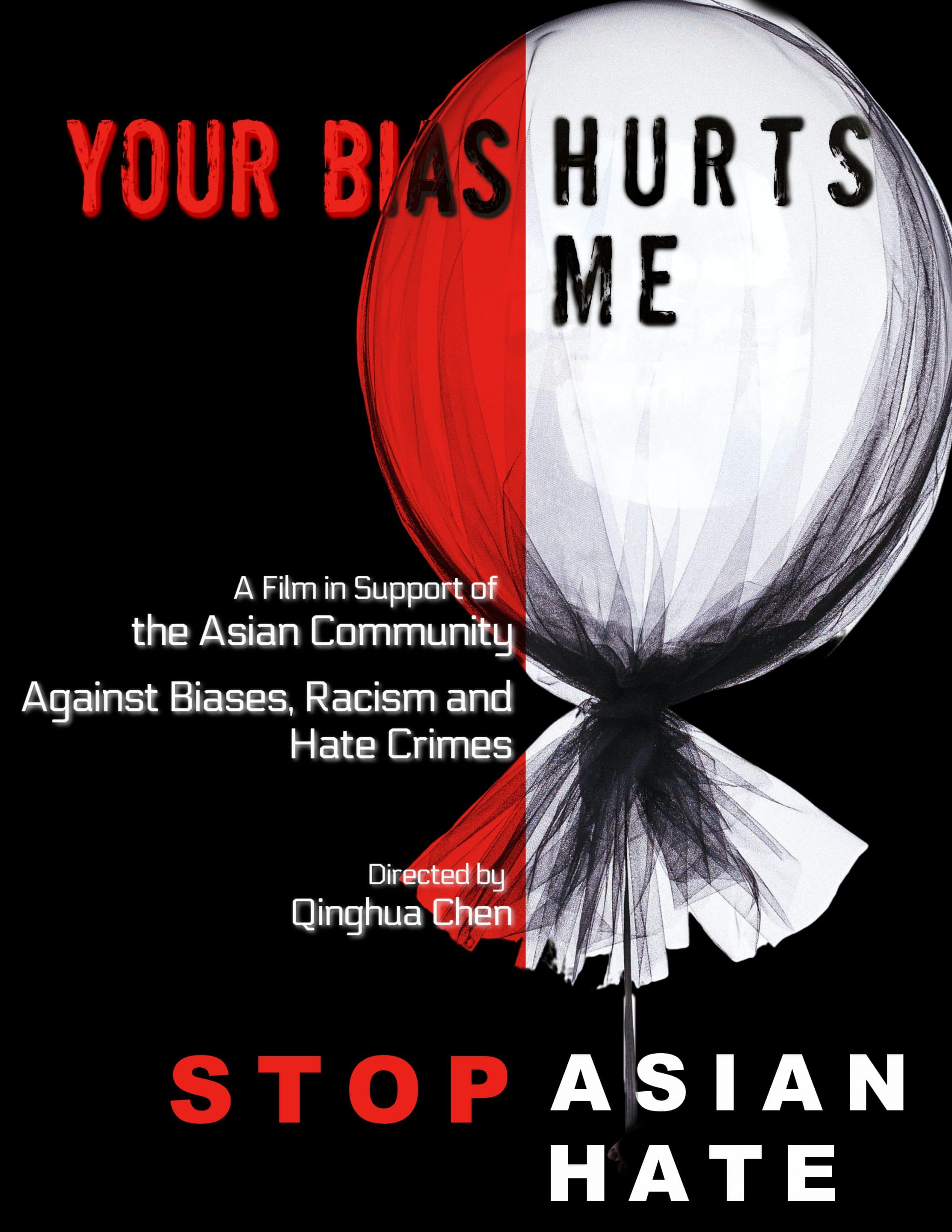 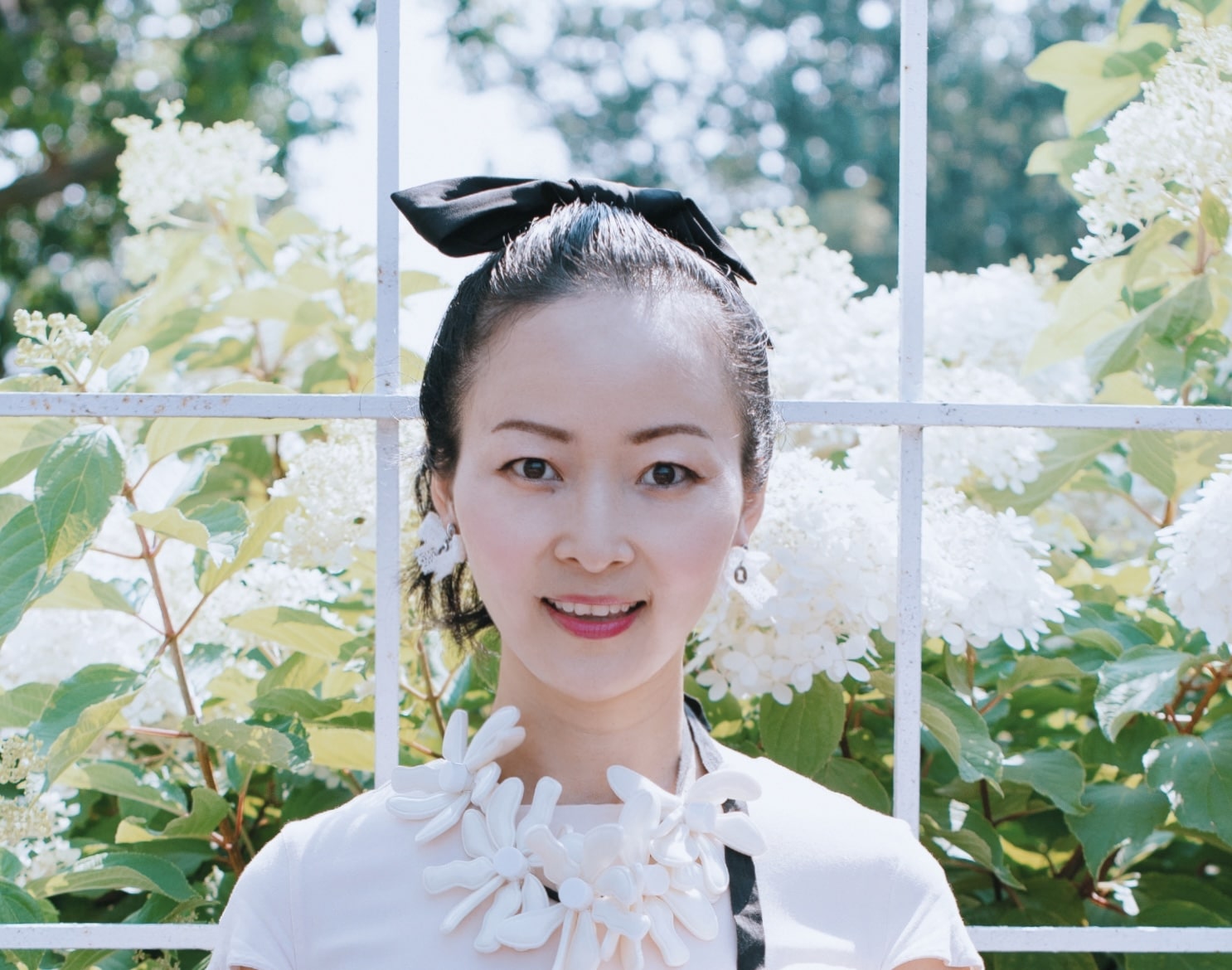 Qinghua Chen, a presidential scholar and a doctoral candidate of State University of New York at Buffalo, a native of China, a community activist, a blogger, and a mother of a 7 year old girl. For her research, Chen focuses on cross-cultural studies in early childhood education, children’s artwork early literacy, and how school readiness and strength-based approaches support children’s needs.

Before her current PHD study, Chen had worked in marketing for over 12 years, with a journalist background working for TV and news agencies in Shanghai China.

Chen believes in the power of education, communication and courage of speaking up for minoritized and underrepresented groups. With passion and responsibilities, Chen is committed to inclusion and equity in education and beyond.

Chen has been active doing philanthropic projects both in her home country and in the US. Besides the film of “Your Bias Hurts Me”, Chen’s recent efforts include a short video to support people battling COVID-19 in China filmed in early 2020;

the International Cross Cultural Children’s Artwork Exhibition During COVID-19 Pandemic; and the mask donation to local first responders when the pandemic started in the US last spring. 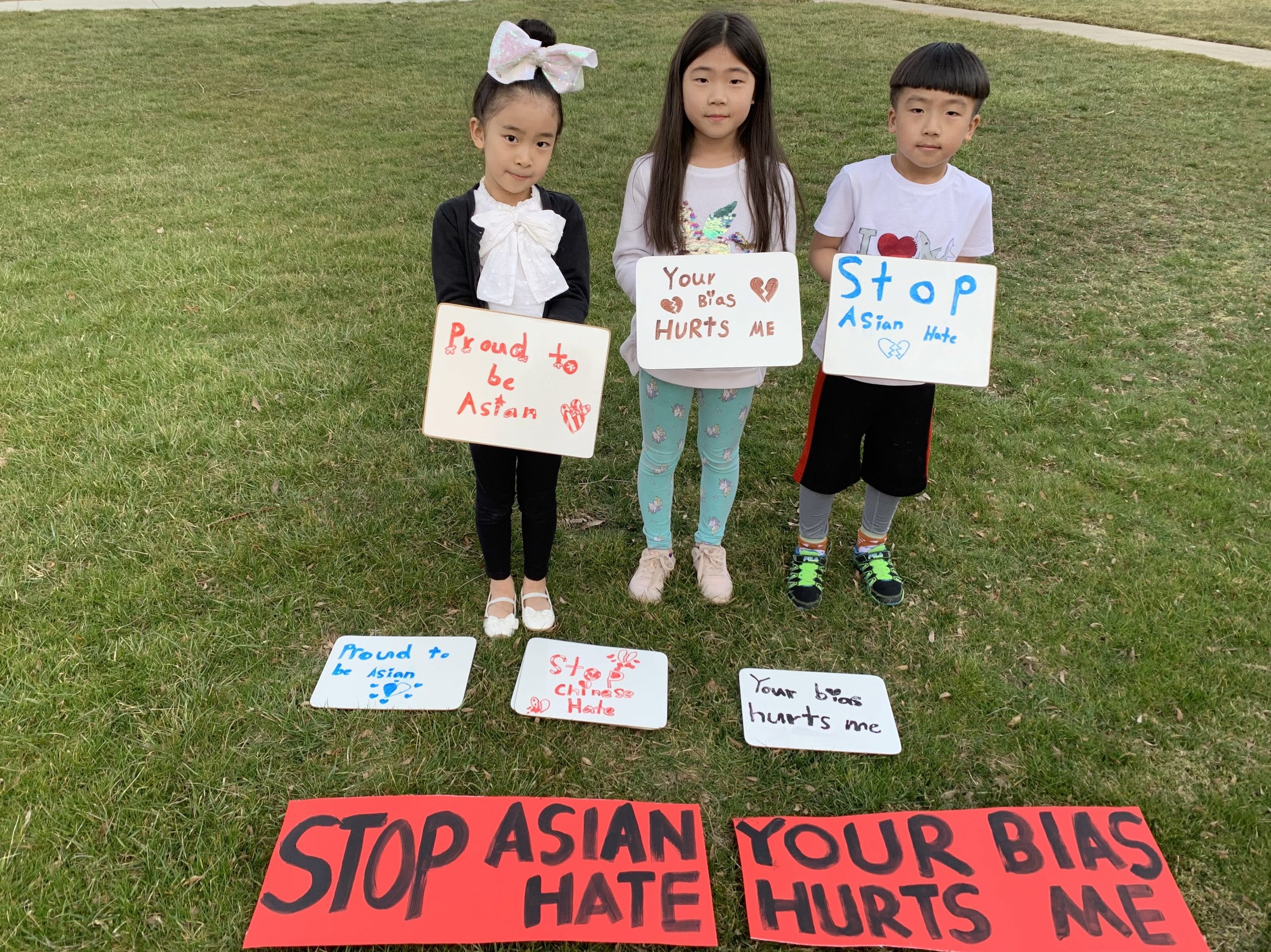 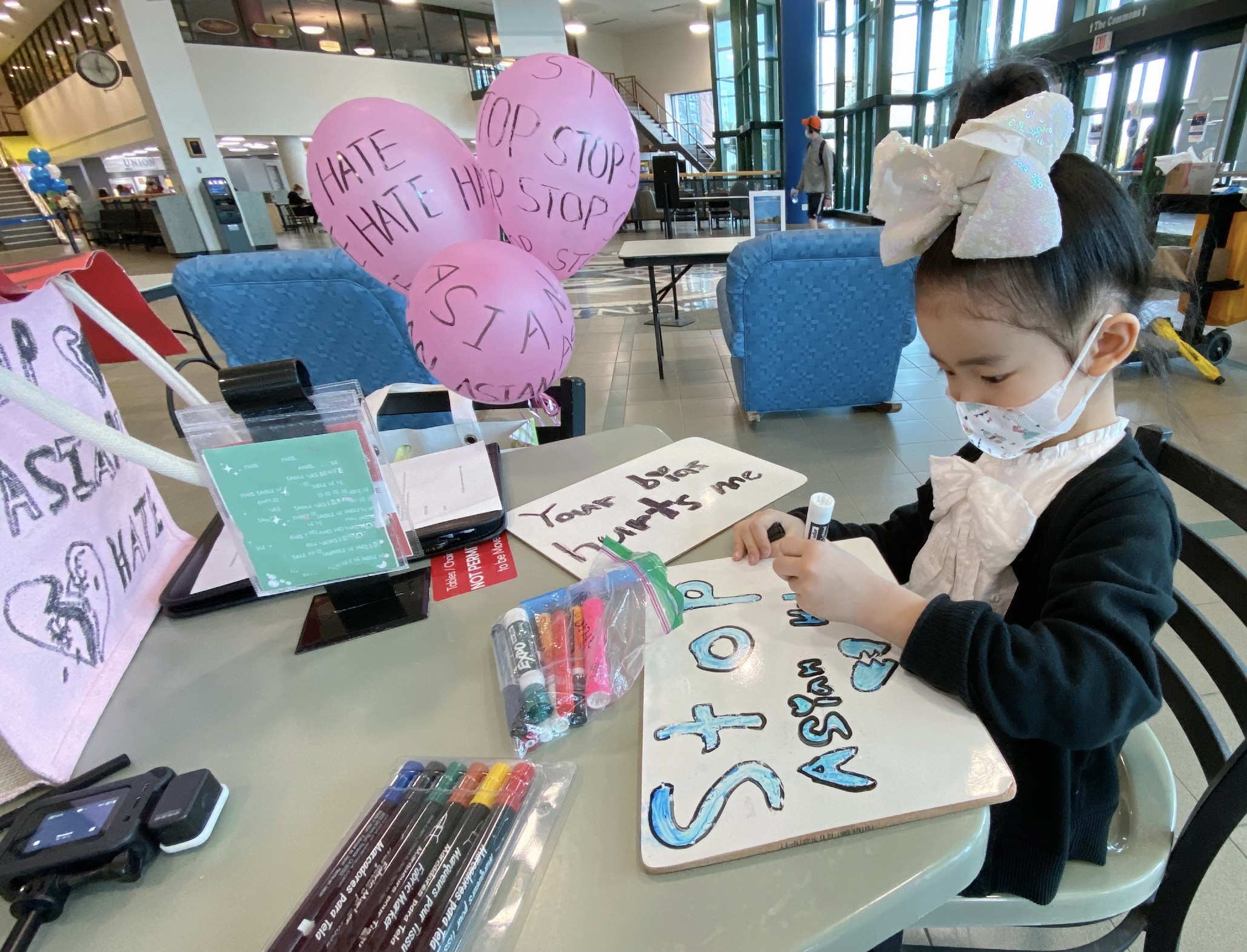