A conversation with Kathie Aspaas

Kathie Aspaas is a mixed media artist and printmaker originating from Houston, Texas, and is the owner of Aspen House Press, a studio and workshop in Williamsville, NY. Believing that art is a crucial piece of her identity and growing up with two creative parents, it is no wonder that Kathie Aspaas’ art is rich with emotion and intent. Recalling her time in high school, Aspaas describes her first experiences with printmaking as “powerful,” something which all artists can only hope to feel from their craft. When her school’s art program was faced with a lack of funding, Kathie took matters into her own hands, using her uncle’s carving tools and pieces of wood to create woodblock prints. Aspaas’ work takes inspiration from poetry and the natural environment around her, which often seeps into her choice of subject and color, and further encourages her to use sustainable forms of art-making. Aspaas feels she is “deeply connected to the earth,” and recycles and composts as much as she can to avoid adding to landfills. During warmer months, Aspaas plants and harvests, experimenting with plant color pigments and new, natural textures for collagraphs.

Additionally, Aspaas names artists such as Arthur Dove, an early American modernist who is considered to be the first abstract painter, and Romare Bearden, an African-American painter and collagist, as inspiration for her own artwork. Banksy, a political street artist named as another inspiration, sticks out to me in particular; Banksy’s work focuses on direct political activism, a concept which Aspaas subtly imbibes into her own work. Aspaas moves to create environmentally conscious art that “comes from the heart” and touches on activism, a major theme in her upcoming exhibition, Soft Propaganda. The presence of natural materials throughout Soft Propaganda accentuates the much needed focus on natural truth in a society which is becoming detrimental to its own democratic values.

Delving into these topics of democracy, freedom, and defense against deceit, Aspaas views Soft Propaganda as a “shield” against injustice in all forms. Aspaas believes that activism is a “civic duty” of the American people, and that “forever we must stand together for truth and freedom with integrity and equal rights for all.” Aspaas views art as a core part of life, a way to effect change in both yourself and the world around you, and encourages young artists to take their time discovering as many art forms as possible. She hopes that “the new generations of artists will align with math and science, literacy, technology and commerce to create a more peaceful planet,” as “art is a universal language and communication through that language is an enormous opportunity.”

Kathie Aspaas views Western New York Book Arts Center as “an inspiration” in her life, receptive to her artwork and encouraging her to create in new, unique ways. Aspaas enjoys using alternative methods of printmaking, which she often finds after playing around with the letterpresses in non-linear and abstract forms. When asked about a favorite piece that she’s created, Aspaas names “Blue Green Canyon.” Created in 2017, it’s a “splash of color” inspired by Max Ernst and the German Dada artists. 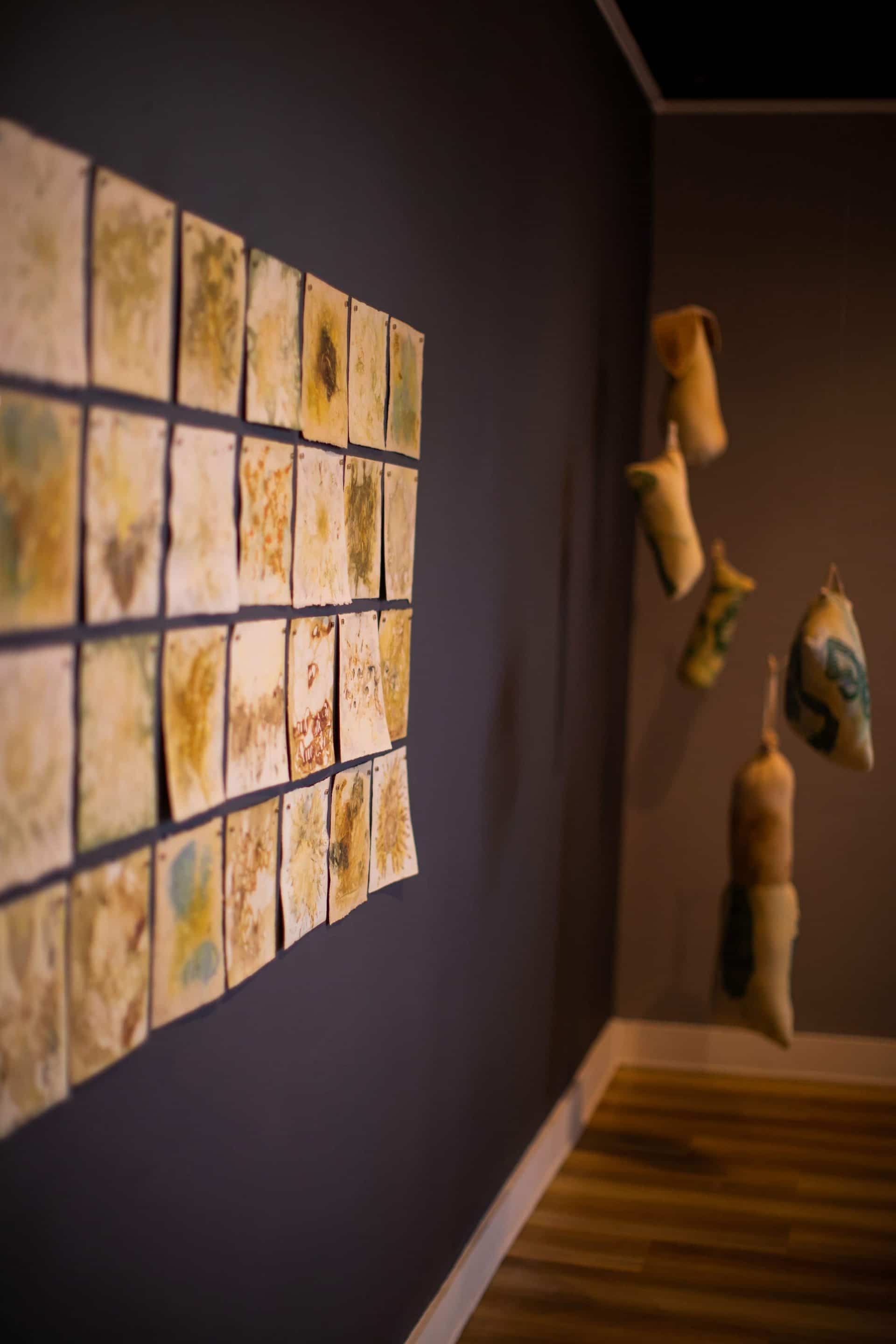 Give us a shout
Location and Hours