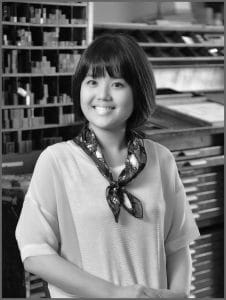 Born and raised in South Korea, Mizin Shin graduated from Hong-ik University with a B.F.A in Printmaking and received her M.F.A from University at Buffalo. She has been teaching at University at Buffalo since 2015, and also at Villa Maria College in Buffalo since 2017. Shin’s work has been shown regionally and nationally at institutions across the United States. She was awarded the 2017 Graduate Student Fellowship from the Southern Graphics Council International, as well as the juror’s award at Brand 45 Works on Paper, 45th Annual National Exhibition of Works on Paper.

Give us a shout
Location and Hours