Our current Main Gallery and Studio Gallery exhibitors use their art as storytelling devices. Monsterity 物之怪, by studio resident SuDi Wang, is a collection of woodcut relief prints that focus on the creation of monsters. Monsters that appear are significantly reflected by different cultures that are influenced by variations of religions, mythicism, or folk tales. The expression of the monsters that shaped civilization within its local histories and collective behaviors. 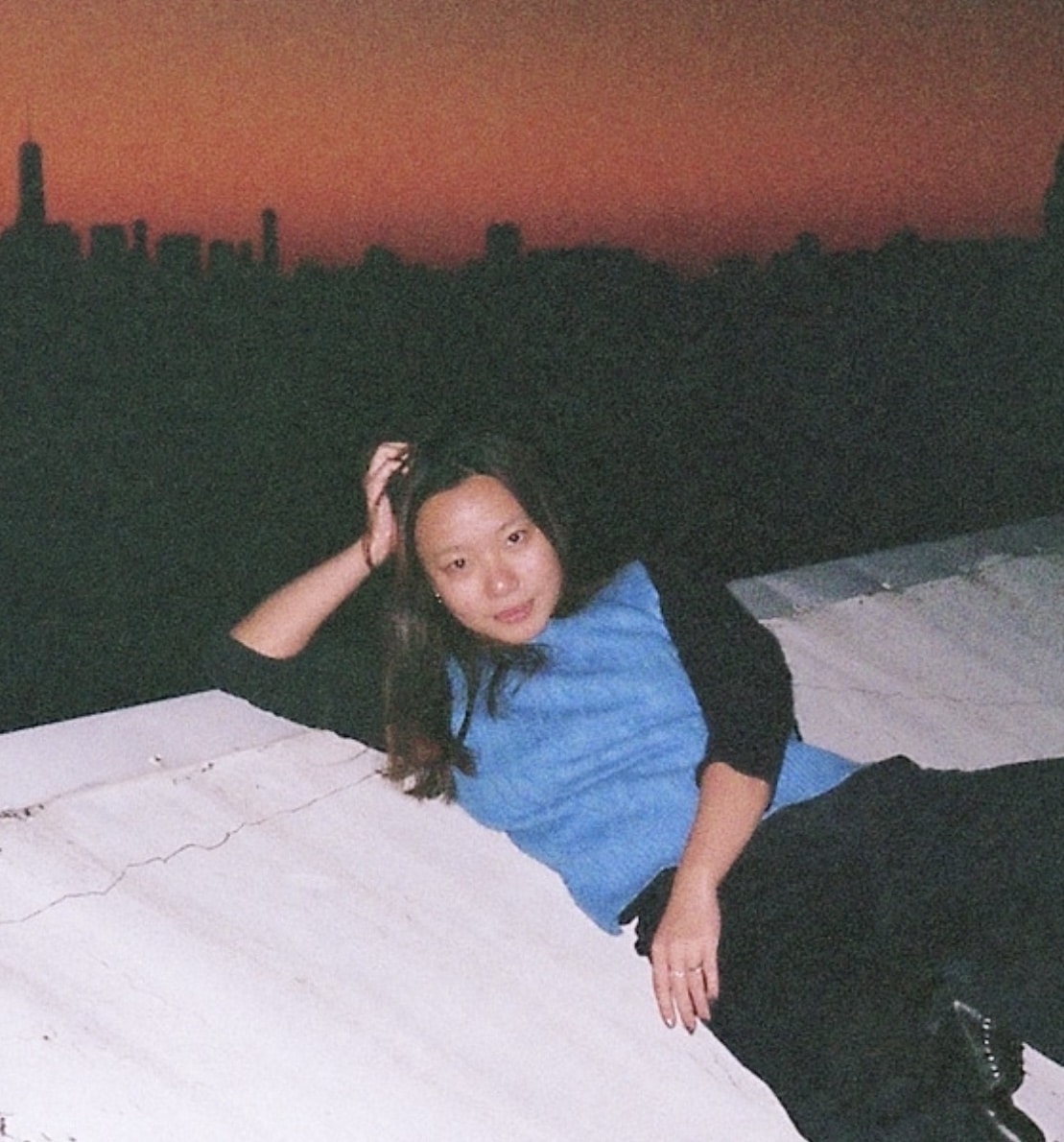 How were you introduced to Book Arts?

I took book art and relief print classes for the first time at college. I realized that the history of bookbinding techniques and relief prints originated in China. Growing up in China, I never had a chance to get to know and experience this part of my culture until I made my first book in college, and I slowly recognized how the book was originally made, that included making my own papers, using woodblocks to create contents, and using different techniques to bind the book pages together. The book-making process made me realize the importance of creation stages, that each step left me to achieve a level of perfection and the result will spark a great impression.

What inspired you to use depictions of monsters in different cultures as the focus of this exhibition?

When I was a little girl, my mom used to take me to travel all around Asia. I remember the first country I traveled to was Cambodia. The temples and shrines in Cambodia are made with a tremendous amount of stone statues, that were hand-carved by the ancient artists with rich details of storytelling, some including monster and god figures. Later on, when I went to India, Myanmar, Thailand, and Nepal, I discovered that all of those cultures have a number of stones and wood carvings while creating historical figures that include local religions, mythicism, and folk tales. I was fascinated by the technique, skills, values, and detail of those artists. Monsters are the most significant creatures that drew my attention. They often had incompatible faces and carried the stories to tell a reflected existence of humanity on different levels, from culture to culture, and generation to generation.

Each monster has its own religious background story or folktale, what was it like to tell these stories in your own artistic way?

My creation of monsters focus on why and how they existed in the first place, in my perspective the purpose of monsters includes:
-Formative fears of the unknown
-Creation of the good and evil, and the nature of gods
-Celebration of life and its many forms
-Ancestry heritage – totem
-Imagination, creation based on current events
The stories of the monsters can carry religious or cultural backgrounds, but I also want to represent their purpose of existence. Sometimes the stories are more important than the figures themselves, I am questioning why the stories have been told in the first place.

What was your biggest takeaway from your residency?

I had a chance to learn letterpress, which not only added more complexity to my book art making, but also I got to learn more about typeface and how books or posters were printed originally.

The existence of monsters in the first place with its visual performance gives us the skeptical thinking about the unknown fears, the creation of a monster is normally given by incoherent features that are against existing paradigms. It is the opposite of the bright and justice figures, the existence of the monster has formed a balance, and created a scale of Good and Evil, which gives us an intellectual argument about impractical truth somehow affecting reality.
Moreover, Industrialization has taken over our daily lives, the application of craftsman’s works are seen less and less by societies, consumerism has killed the part of traditional skills and culture that should have been treasured over time, such as paper making, book binding, and printmaking. I hope my exhibition can also bring a level of appreciation of the ancient artists’ printmaking works.

“The stories of the monsters can carry religious or cultural backgrounds, but I also want to represent their purpose of existence. Sometimes the stories are more important than the figures themselves, I am questioning why the stories have been told in the first place.” 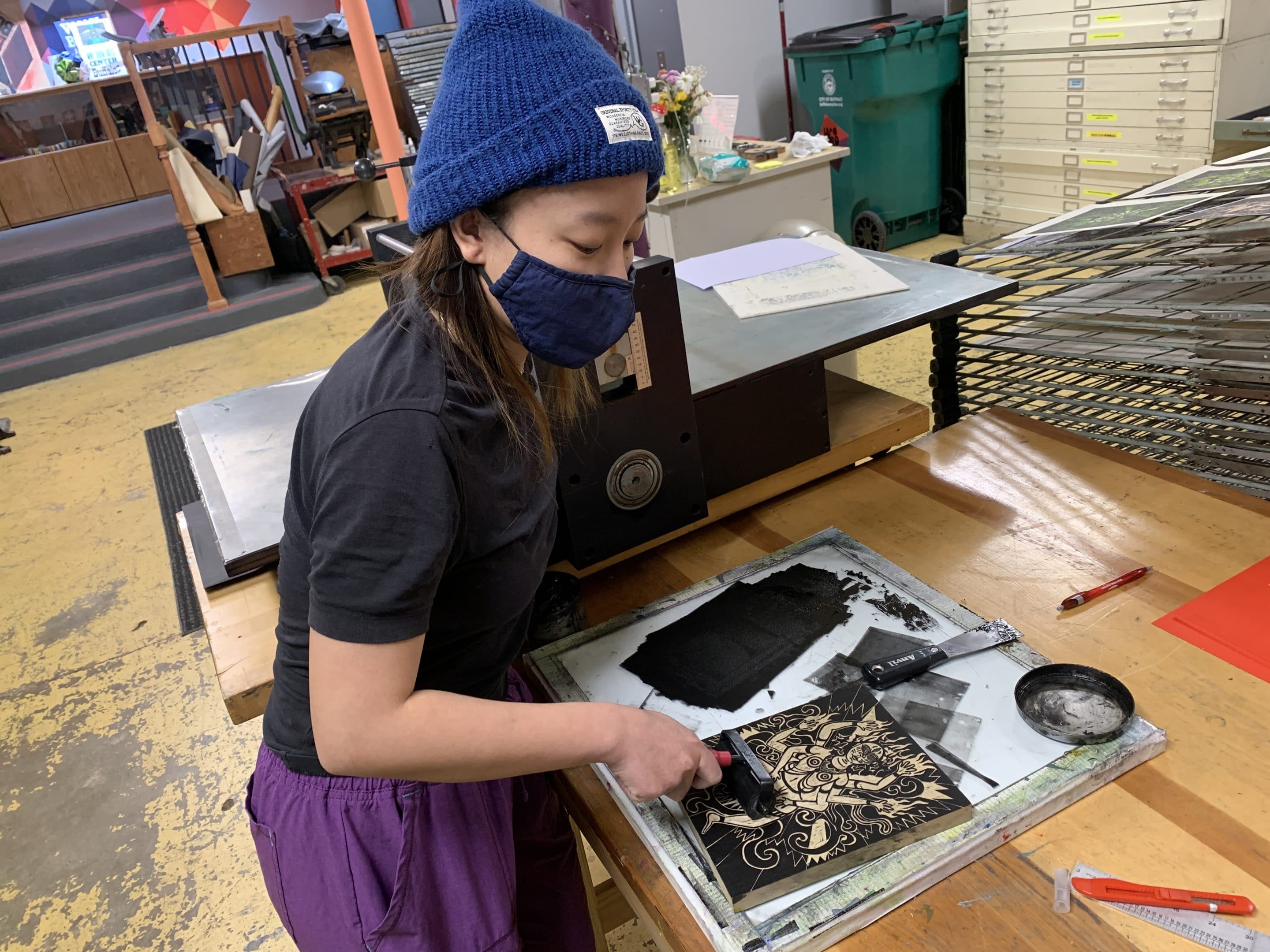 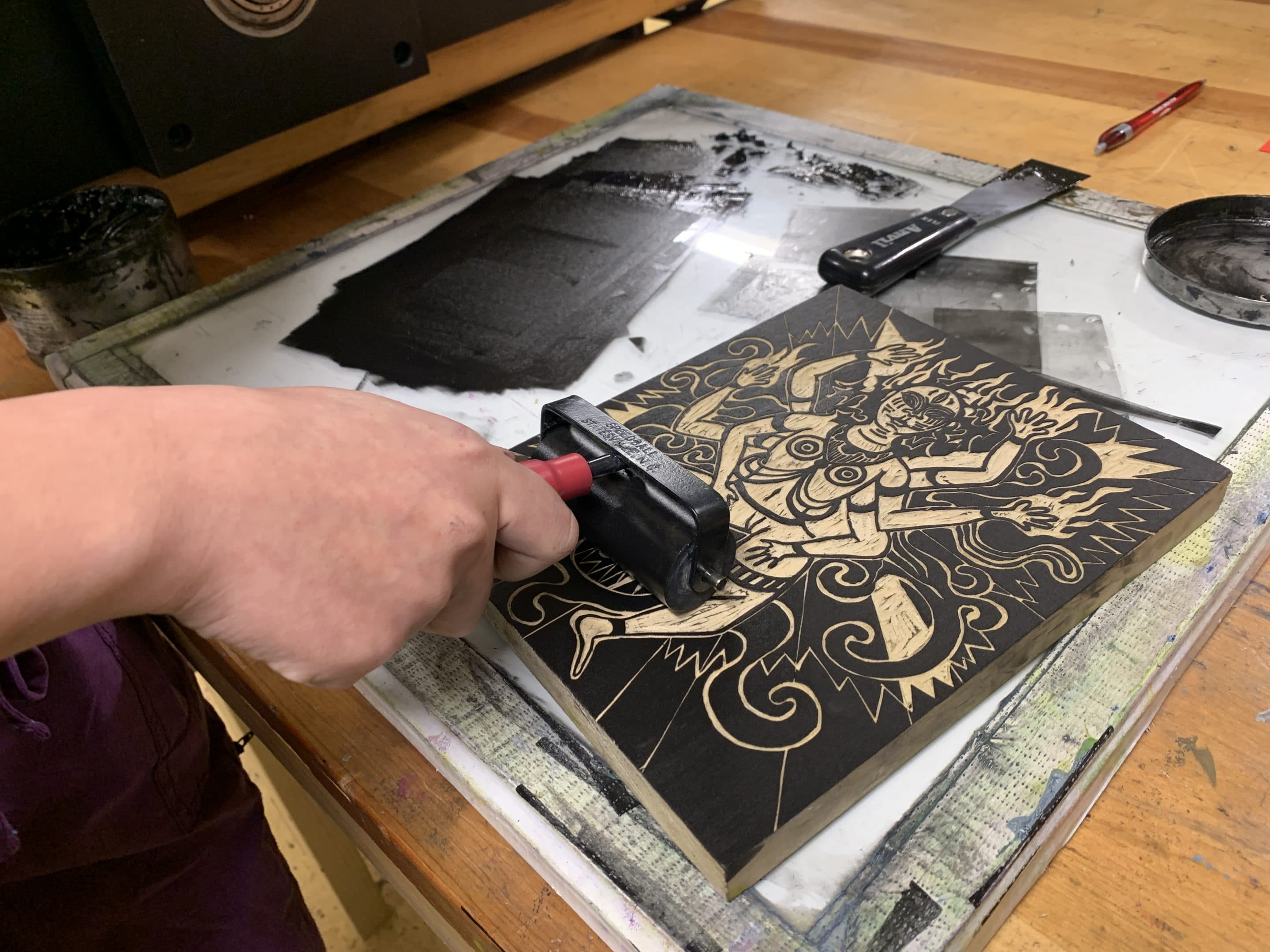